lunacrescent wrote:1. What is a Blademaster?
A Blademaster fights with pure brute force. They have skills that can weaken enemies or strengthen themselves whilst attacking. They can also sacrifice defense or HP for even more brutal attacks. Blademasters most often have the highest physical attack power out of all other classes, however, their physical defense is not as good which leaves them much more vulnerable to attack.
Blademasters have the ability to use skills that are capable of weakening enemies or strengthening yourself. Damage caused by these attacks depends on physical attack power. Improving magical accuracy will increase the probability of weakening enemies. Blademasters also have the ability to sacrifice HP or defense for greater attack power. When these skills are used, you are much more vulnerable to attack, which makes these skills more suitable for teams. Lastly, they also have the skills that allow you to equip Sabers and Light Armor on other jobs.
A Blademaster uses Light Armor and Sabers. A Saber is a one handed weapon the highest physical attack power but decreases attack speed and dodge rate. Light armor offers fairly good physical defense.

2. Advantages of being a Blademaster:
Weapon Suitability - Along with being adept with Sabers, Blademasters are also good with Swords, Spears, Daggers, and Boxing Gloves, which makes using Fencer, Mercenary, Thief, or Martial Artist subs very suitable.
Physical Attack - Blademasters have the highest physical attack power out of all the classes in the game.
Excellent Pullers - Contrary to popular belief, Blademasters make very good pullers or AoE teams.

3. Disadvantages of being a Blademaster:
Beserker - All of a Blademasters strength goes into its power, which makes it lack in HP and defense, and many of its skills cripple you even more.
Aggro - Because their attacks do so much damage Blademasters tend to pull aggro often when they don't want to.
Soloers - Blademasters aren't very party friendly, because they only have one AoE and are mostly only good for pulling.

5. Solo/Pvp Blademaster - What Do I need?
All Bestial Attacks if you wish to PvP, as they do damage and weaken your enemies as well. If you want to be daring and think you have strong enough defense, also use the Martyr Attacks.
Using a sub such as Thief with Sneak Attacks work very well.
You may also want to equip Heavy Armor so that your defense is increased.

6. Aoe/Team Blademaster - What Do I need?
Beginners Bow/Hunter subs - you can use this to pull more easily for your team.
Aoe Subs - such as Fencer, Martial Artist, or Thief.

Bestial Attacks: (require Saber to use)

Growling Tiger - Reduces a targets movement speed, accuracy, and evasion for a short period of time (1/2 against other players) - Single target

Dragon's Call - After hitting the target, accuracy and attack is increased - Single target

Martyr Attacks: (some require a weapon to be equipped)

Maniac Attack - A frenzied attack that decreases the durability of the weapon, giving it a chance of breaking - Single target

Double-Edged Sword - Hack wildly away at surrounding enemies, also causing damage to self and reducing the weapons durability - Multiple target

8. How Do I become a Blademaster?
When you are level 10 or higher in any job, talk to the Blademaster Careers Advisor in the Dojo of Eversun City (162, 177). Defeat her in battle (level 15 Blademaster) to complete the quest. She's easy enough to beat even on a low level class such as Commoner. 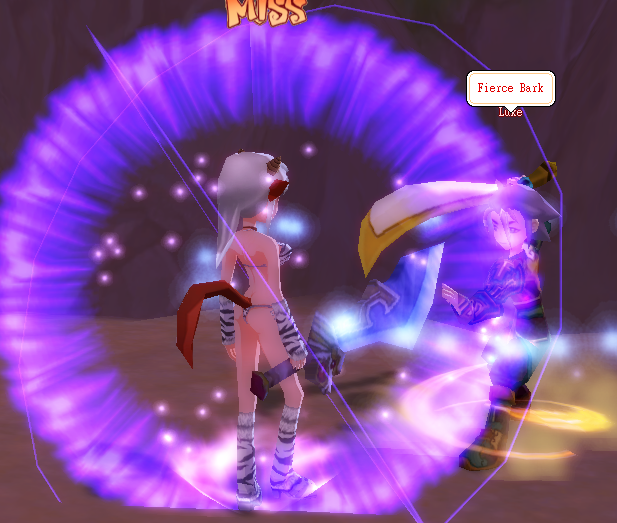 After beating him, go to Copperhorn mountain to look for Master Raven at (253, 250). Accept his test and kill the Pupu in one hit to complete the quest.

Level 30:
When you are level 30 or higher, go to Copperhorn Mountain and find Master Raven again. Accept his mission and you will have to fight him (a level 35 Blademaster). 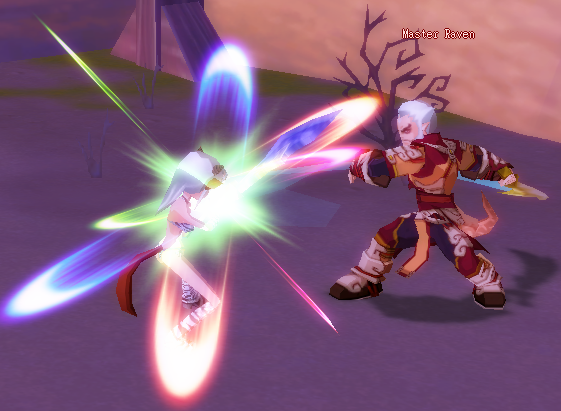 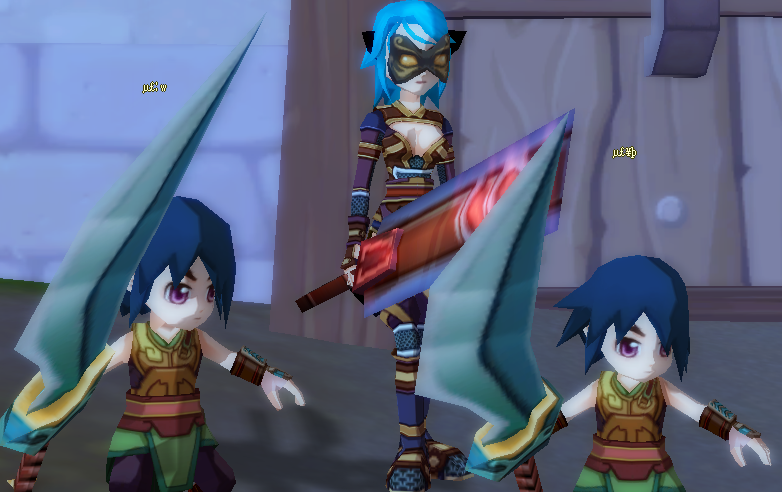 Pick up the sword they drop when you defeat them and after the cutscene take it back to Master Raven to complete the quest.

Level 40:
When you're level 40 or higher, go back to Eversun South and talk to Luke to get the invitation to start the quest. Go talk to O'Shea in Collington (482, 460) to trigger the movie. After this you have to fight the elemental Rat Bosses (it's the same for all level 40 life quests) in the following order:

If there is anything else you would like to add or elaborate, please do so! ^_^